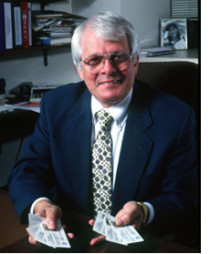 Joe Pietrantoni father of the DukeCard, NACCU founder and campus card industry pioneer has passed away at the age of 78.

"Joe Piet" and his distinguished legacy includes revered status at Duke University, a key role in the creation of the campus card industry and a massive positive impact on countless colleagues, student employees, and young people who had the pleasure to work for and with him. 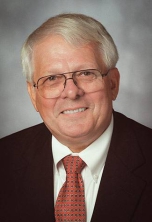 Tribute to a Campus Card Pioneer

On March 28, 2017 the campus card industry lost one of its founders and the world lost a great guy. Joe Pietrantoni, father of the DukeCard, has passed away at the age of 78.

Joe devoted three decades of his professional life to Duke, leading auxiliary services for much of that time. During his tenure, many of the university’s auxiliaries – including the ID card program – became pioneering models emulated by campuses across the country.

Though he retired from Duke in 2003, many of the services he launched or redefined are still enjoyed by Duke students today. In addition to the heralded card program, Joe was also instrumental in the university’s bus system, conference services and dining offerings.

In 1993, Joe and four colleagues – each of whom pioneered advanced ID card programs at their own institutions – founded the National Association of Campus Card Users. They started with one goal, to help other campus leaders benefit from the card-based services they were deploying on their respective campuses.

That was Joe’s way – launch a service, apply sound and consistent business principles, share the kudos with all involved, and vitally, teach others to do the same.

Like all the best university administrators, Joe embraced the mission of education, and he was known for the unwavering support he showed to all his staff and student employees.

I am a personal beneficiary of Joe’s teaching spirit and support. Without him – and the other NACCU founders – this publication would not exist.

The predecessor to CR80News was a monthly newsletter called Campus ID Report. In the early days of NACCU, a much younger me took the first couple of issues of my newly launched venture to a NACCU board meeting in Orlando.

I persuaded a couple of the marketing-focused board members that the publication should be provided to the NACCU audience as a member benefit. But Joe always had a business-focus, and he made me present my plan and financials as if I was pitching a startup to a venture capitalist.

He was tough but he always maintained his characteristic smile.

Years later, he told me he had spoken with the other board members prior to that meeting and had already agreed the partnership was a good idea. Joe just could not pass up the teaching opportunity.

After that, he took me under wing and was a constant champion and friend.

I know many of you reading this – from both the campus and vendor communities – have similar memories. As an industry, we all owe him tremendous thanks and admiration.

When you swipe your campus card today, smile and think of Joe. 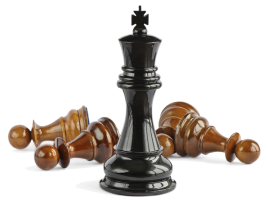 Joseph Pietrantoni, or more accurately, "Joe Piet," has been at the heart of University procedure for the past 33 years - from his cost-recovery mantra of "quality product, quality service, competitive prices" to his trademark "hello, friend" salutation.

Starting off as an assistant director of facilities management in 1970, the 65-year-old Pietrantoni will retire this summer as the outgoing associate vice president for auxiliary services, having presided over as varied a list of operations as dining, parking, the DukeCard office, postal services, publishing, housekeeping and at one time, even pest control.

It's no wonder that in a letter announcing Pietrantoni's retirement and the subsequent reorganization of Auxiliary Services, Executive Vice President Tallman Trask wrote that Pietrantoni is simply irreplaceable.

"Some things could be better, but I feel good about Auxiliary Services," Pietrantoni said. "The Auxiliaries of the future will stay strong, but it's time for someone else to pack it up and carry it to its future."

Looking back at his career in an interview, Pietrantoni continued to sell his accomplishments much like he has sold so many concepts over the years - the largest card system in the country, more dining options and vendors than any other campus, No. 1 in per capita sales at the Duke University Stores.

Reminiscing, he ticks off names of students who have once worked for him who have gone on to Harvard Business School, or now work in Durham, or even remain on campus, such as Fidelia Thomason, director of housing management.

Paul Davies, finance director of Auxiliary Services, the man who will most closely follow in Pietrantoni's footsteps - in charge of dining, DukeCard, mail, Duke University Stores and Event Management - characterized Pietrantoni as the mentor he always wished he had, a sentiment shared by directors in many of the departments currently within Auxiliary Services.

Jim Wulforst, director of dining services, said that over the course of many interviews at Duke before coming to Durham, Pietrantoni not only pitched Duke to Wulforst, but to his wife as well, and that both of them were "romanced with his enthusiasm."

"Joe did everything he could to sell my wife on the benefits of living at Duke," he said.

"Joe is just an entrepreneur at heart."

Pietrantoni, who has served as an associate vice president for the past 10 years, came to Duke from General Electric, where he worked at Cape Canaveral with the manned space program.

Upon his arrival, he served as the assistant director of facilities management, where he handled grounds, sanitation and housekeeping. Eventually, he became director of campus services and started building Auxiliary Services, picking up food services, stores and housing.

In the mid-1980s as an assistant vice president, he helped turn food services into a positive-revenue operation. He launched one of the first University card systems in the early 1990s, and more recently, he has worked to diversify vendor options for campus eateries.

"Joe Piet is such a campus personality, he's been so deeply involved in student life for so many years, it will be hard not to have him around with his can-do effort, smile and 'sure we'll try it,' mentality.... But we will have to lose his own particular flair, because it will be very hard for anyone to replicate," Keohane said.

"I hope he won't be too far away. A lot of people like [former vice president for student affairs] Bill Griffith have remained involved after they step down from their jobs because they love Duke. I hope Joe Piet does the same."

Talking about the future of his many departments - be it replacing the DukeCard with thumbscan biometric technology or replacing the East-West bus system with a monorail through a renovated Central Campus - it's clear to see that Joe Piet promises to hang around for awhile.

"You take everything in your life in time frames," Pietrantoni said. "Now I'm looking forward to having leisure time and traveling. But I'll do some consulting to universities and colleges, and try to stay active on an as-I-need-to basis."

University Medal winner praised for his energy and innovation 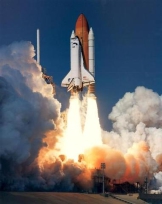 Joe Pietrantoni worked for just two employers over the course of his career:  Duke was the second and GE Aerospace was the first.  GE was a major major contractor for the NASA space program.

As one of his former colleagues observes, "This ought to help you understand that when Joe arrived at Duke, he hit the campus like a rail car full of rocket fuel. And things were never the same at Duke again."

During his thirty-three years at Duke, Joe Piet - as he is widely and affectionately known -brought skill, energy, and optimism to building an auxiliary infrastructure that has become the envy of many universities.

His daring, his vision, and his insistence on quality influenced almost every aspect of the student experience outside the classroom.

He was not, of course, a solo Auxiliaries operator. His ability to judge character, to gather the best people around him, and to motivate and inspire others constitutes a model for leadership in higher education or anywhere.

As tangible testimony to his standing as an innovator, Joe invented the ubiquitous Duke Card and made it the key to the university-from residence halls and academic buildings to parking lots and library services. He is the point of origin for "Pizza on Points": Even as he diversified food services, he arranged for local restaurants, feeding into student meal plans, to deliver on campus.

He centralized printing services and set up an innovative photocopier management program. He shaped the Duke Transit bus system, designed to move students across campus quickly and efficiently. He conceived the Conference Services group, which gave Duke a summer clientele and made everyone's life easier by offering a single, centralized contact with Duke's labyrinthine departments.

Many of those concepts, now so familiar to us in our daily Duke doings, have been copied on campuses across the country.

Joe has had an even more direct impact on hundreds of student employees who worked in the organization and the many who continued to work for Duke in the years after graduation. Through areas like Student Labor and Technical Services, he gave them practical business experience and the opportunity to develop their management skills.

That former colleague recalls, "Joe's greatest legacy is that he took so many of his student employees (and younger managers) under his wing and gave us a priceless education in business and in people skills."

"He adds, "I never meet a young person, just beginning his or her career, without thinking about how Joe treated those of us who were his youngest and least experienced employees. He showered us with praise, gave us way more responsibility than we deserved, and took our ideas, no matter how rough and unpolished they were, put the enormous force of his personality behind them, and made them successful."

Joe has not needed focus groups and marketing surveys to sense customer needs and pave the path to innovation. He has said, "My style has always been to ask the customer, 'What do you want? Let's give it a whirl. Let's see if it can happen.' "

Today Duke is proud to honor Joe Pietrantoni as an innovator who has made so many good things happen for Duke and generations of Duke students. 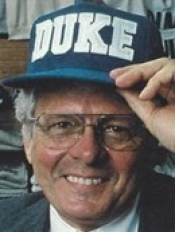 A Model of Efficiency 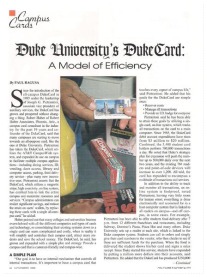 "Providing service 24 hours a day will open doors to a variety of applications across a variety of departments at your institution. Without question, it will be the key to successful expansion of your system."