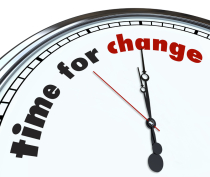 "Do You Want To Sell Sugared Water or ... Change The World?"

An "All-Campus Card" is a multi-application patron identification credential, which typically includes a patron image and may provide access to hundreds of privileges throughout all facilities and locations of a local or global organization.

This non-patented concept, co-developed by Joseph G. Pietrantoni and Robert C. Huber, first implemented at Duke University (1985), has been adopted in part or whole by thousands of academic, educational, healthcare and corporate campuses around the world.

Although "All-Campus Cards" were traditionally issued as photo ID cards or badges, a personal "credential" is not limited to one technology or a single device. Credentials can take many forms such as cards, metal keys, wristbands, key fobs, watches, tokens,  thumbdrives, contemporary wearable technology and virtual e-mobile devices - including smartphones.

Millions of employees, students and their families have had the experience of transparently using an "All-Campus Card" (multi-application credential) for access to doors, parking lots, sports venues, hotels, restaurants, campuses and websites.

Originally imagined in the 1960s to simply eliminate paper tickets, future historians may include this revolutionary and still evolving innovation which has had a "hummingbird effect" (Steven Johnson) on how educational institutions and business organizations provide member services to their customers now and into the future.

Ever since the first student enrolled at Harvard University in 1636, there arose the need to verify the official student list in classes and at the dining hall. Although there were printing presses, any changes to the official list and the associates services therefore had to be made manually and communicated to various offices throughout the campus.

Two hundred and fifty years later, the same process essentialy continued with the evolution of providing a printed credential for that particular services (e.g., meal plan card, library card, bus pass, athletic ticket, parking pass, etc.).  However, since most of these student service passes were created independently, other than placing a telephone call to the Registrar's Office, there was never a method to provide absolute verification.

Since dining halls were considered the first campus business operations, with an increasing number assigned to outside food service contractors, there became an overt business need to verify dining privileges - by active enrollment and by meal plan.

Tokens or card chips for residence hall students for each meal became cumbersome for both issuers and cashiers. The progression to manually punched cards increased labor, slowed service times, and become an opportunity for student creativity.

Thus it appears that the campus card industry can be traced to its technological birth in 1968. A company in Rochester, New York (R.D. Products) developed and installed the first known electronic card access reader at the Rochester Institute of Technology.

What soon became nationally known as the "VALI-DINE" system (i.e., Validation of Dining) electronically read punched holes in student meal plan cards. The system even had mechanical counters to provide total valid entries per meal for that dining room.

With the advent of this new technology, food service departments could not only dramatically reduce the number of unauthorized students, but could reduce the food served by new meal plans designed for "one time only" access per meal period.

Since the phenomenon of retail credit cards with magnetic stripes had only been introduced a few years earlier, these pioneers helped schools adopt magnetic striped ID (identification) cards with a portable card production station mounted in a suitcase.

While most Registrar Offices continued to produce ID cards for every student on an annual basis, their use of pre-printed labels inspired other departments to also labels or stickers and simply affix them to the annual cards (e.g., library) instead of producing their own department credentials.

However, since Registrar Offices often did not actually produce ID cards until residence hall students had been on campuses for several days, the costs associated with managing this gap in services resulted in many food service departments producing their student cards for residence student with paid meal plans.

The same process evolved in parallel with other departments - including security, parking, athletics, recreation center, etc.  The number of decentralized departments that produced their own department ID cards only increased exponentially.  By the 1980's, it was not unusual for students to be issued over a dozen credentials (i.e., cards, labels, stickers, tokens, chips, etc.) - most of which needed to be reissued each year or sometimes per semester.