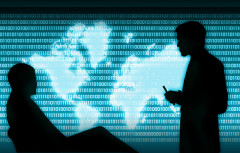 Since most students' best friend is their smartphone, we expect 50 - 100 colleges and universities to begin acceptance of smartphones as virtual Campus Card credentials by Fall 2015.

The Apple iPhone 6 will become the dominant smartphone at most colleges and universities in North America, especially at private residential campuses, within two years.

We expect all campus card system vendors to provide cloud-based systems within two years and 25% of all installed Campus Card Systems will be cloud-based by the end of the decade.

Most campus card program services will be promoted and delivered to patrons via the cloud by 2016.

The coordination and oversight for all operations and marketing campus card services will be managed by locally-based Campus Card Program Administrators.

With increased parental campus safety concerns and need for more centralized security system control, institutions will accelerate their transition to a "keyless campus" and single enterprise door access systems by the end of the decade.

By the end of the decade, residence hall keys will either become extinct ... or an institution Achilles' Heel.

Most financial institutions will exit and terminate (permanently) their remaining campus card relationships by the end of the decade.

Wherever a chip can reside may be recognized as a personal "credential" in the future. 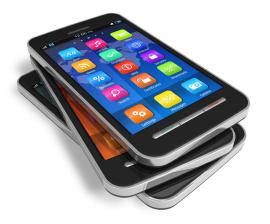 Campus Cards Move To The Cloud ... and Beyond

Many decades ago, a "fill-up" at the local gasoline station was usually a weekly ritual, restricted mostly to daytime hours and rarely on Sunday. After patiently waiting in your car, the service station owner eventually greeted each customer by name, pumped their gas, washed both their windshields, offered to check their oil and openly revealed a thick stack of dollar bills neatly encased by a large rubber band. Eventually, large impersonal 24/7 self-service mini-marts changed an era, but now seem more in tune with a generation of fast-paced, mega-tech, self-convenience focused consumers.

When the concept of a single Campus Card Office was created nearly 30 years ago (by the publisher) to provide centralized control and ultimate customer convenience across multiple ID systems, most operations and technical processes were essentially manual.

There was no Internet, e-mail, 24/7 webpages, wireless readers, and PCs were mostly for games. ID labels were typed, photos taken with Polaroid 4-up cameras, mag stripes manually encoded, and ID cards took 10-15 minutes to produce. System discs were completely erased each Summer, all ID numbers and names and meal plans manually reentered each Fall, systems backed up each night on stacks of floppies, and 20-second card reader response times considered high-tech compared to the 3-minute response times at most bank ATM machines.

Early "card systems" were intentionally designed so that only the vendor cards would function in their specific system.  Door access cards only worked in that proprietary system. Parking cards usually only worked with that vendor system - and usually were limited to one lot per card (offline).  Copier cards were setup with specific "site codes" which restricted certain color cards to function in specific copiers on the same floor of the same building.

The first "campus card systems" were primarily foodservice, or to be precise, Meal Plan systems.  When campus card system pioneers, Gary Lorenz and John Darjany, invented how to use rented telephone lines to connect foodservice readers from more than one building, the revolutionary "Open Dining" concept was born.  This technological innovation no longer required resident students to eat ALL their meals in the same dining hall (or at least every breakfast and dinner). You could now choose to eat meals with friends at another hall instead of just your "home" dining hall - and without signing up in advance.

When "Points" and "Meal Plan Equivalency" options were first introduced in the early 1980's, these new options became very popular almost immediately.  These special plans allowed students to not only have the freedom to eat meals with friends, but to even eat in "cash operations" and snack bars instead of the traditional board operation cafeteria.

Although these dining options were highly welcomed by students, their parents and administrators, many foodservice operations managers were not pleased. Whereas previous highly restrictive Meal Plans allowed most foodservice managers to closely predict the number of students who would attend each meal in each hall, the new expanded Meal Plans allowed more customer freedom. This new freedom of customer choice presented more foodservice  management challenges - including food purchasing, food preparation, staffing and serving meals throughout campus foodservice operations.

However, with the new customer options, new food service production systems and the coaching by experienced commercial foodservice professionals, sales of new expanded Meal Plans and new Points Plans increased overall institutional sales exponentially - along with many more satisfied customers and their parents.

Fast-forward three decades ... college students rarely read books, many have never written a check, loathe standing in service lines, are eager for their next SMS, and never go anywhere without  their best technological friend ... their smartphone.

The introduction of new customer-provided and managed campus card credentials, systems, technology, processes, vendors and applications will require adjustment to many upcoming Campus Card evolutionary changes.  There will be many near-term variances and paradigm shifts which will take some persons, offices, departments and institutions longer than others to accept.

The world of Campus Cards is changing dramatically ... but a bright future is predicted for participating institutions, service providers ... and especially Campus Card customers! 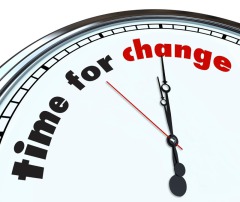 For today's students, their best technological friend and iconic image of their multi-tasking generation is their smartphone.  Students may lose their keys, wallet, driver's license or plastic ID cards, but they always have their phone – usually in their hand.  Despite their frugal nature, they prefer to shop, purchase and personally coddle their adopted tech-offspring, always at their convenience, rather than having to carry and periodically present a complimentary institution-issued campus card.

We expect 50 - 100 higher education institutions to commence registration and acceptance of smartphones as virtual campus card credentials by Fall 2015 - with acceptance by 50% of all educational institutions (IHE) by the end of the decade.

The Apple iPhone 6 continues to ignite the romance of today's college students reminiscent of the enduring love affair for luxury off-shore vehicles embraced by the Baby Boomers.

With it's increasing allure and brand loyalty, the Apple iPhone 6 and its expected lineage will become the predominant college student preference at all colleges and universities in North America within two years.

To that end, we expect the Apple iPhone 6 to be the dominant leader of all smartphones by residential students at private educational institutions of secondary and higher education within one year.

Over the past five years, there has been a near tsunami desire by higher education information technology directors to move campus enterprise systems off-site (cloud-based) for greater security, data protection, system management expertise and reduced long-term on-site operations expenses.

With proven models by the access control industry vendors for corporate clients and campus card system provider CardSmith LLC for over a decade, educational institutions can be expected to seek outsourced responsibility for hosting, system management, reader installation & support, and 24/7 direct customer support on an accelerated basis.

With the advent of more smartphone campus card credentials, the ability for campus card patrons to receive virtual daily, hourly or even logistical merchant coupons and purchase incentives will become the desired focus of campus card program merchants.

All websites, smartphone transactions and some/most campus card system transaction processing is facilitated via cloud technology. Campus card services can now be managed from anywhere on the planet (or beyond). With online registration, photo uploading (often by parents), 24/7 webpages, global e-payments and online credentials, most campus card offices have progressively moved their operations to the cloud.

Although a paradigm shift for some, both customers and campus card service providers have been using most of their services via the cloud for years.  Tomorrow's "customers" can be expected to only increase their service expectations, at their convenience, regardless of where these services are dispensed and delivered.

As institution, budgetary and technological goals converge, along with expanded customer cloud-based services, long-term consolidation of institution services is inevitable. Regardless of the evolutionary path of an institution, the variety and quality of campus card services can only benefit from local coordination, feedback and monitoring by a local business, operations and marketing professional. Departments will always need education and training while remote vendors will always benefit from local demographics, politics and customer feedback.

A local Campus Card Program Administrator professional will be highly advantageous to assure the institutional priorities and menu of member privileges and services are actualized by its participating departments, service providers, contractors and merchants over a variety of legacy campus card credential platforms and systems.

The introduction of advanced technology (smartphone, contactless, wireless), need for centralized security system control, and transition to a "keyless campus" will provide momentum and resources for enterprise door access conversions at many campuses for completion by the end of the decade.

The public brand of all educational institutions has become intrinsically linked to their perceived ability to protect the lives of students, employees and visitors while on their campuses.

The concept that metal keys ensure personal safety was essentially debunked when all national hotel chains mandated conversions of their properties to electronic door access by Y2K. Fifteen years later, with most vehicles automatically equipped with intrusion alarms, hotels with metal keys are now considered by many potential guests as vulnerable.

When considering both the academic and environmental components of an institution, focus by parents remains highest on their child's safety while away from home. For parents who may never have stayed in a hotel with metal keys, they will increasingly make subjective decisions based on perceived safety.  Institutions with perceived vulnerable surroundings will undeniably see parents moving their students to more protective environments - along with associated tuition dollars and potential referrals.

By the end of the decade, residence hall keys will either become extinct ... or an Achilles' Heel.

With fluctuating market premonitions, takeovers, mergers, and more restrictive banking regulations, the remaining financial institutions wading in the campus card market are again about to leave the party for the third time in three decades ... perhaps this time forever.

Fool me three times, shame on both of us."   -- Stephen King

Wherever a chip can reside may be recognized as a personal "credential" in the future.

The Evolution of Payments On Campus

Since developing the "All-Campus Card" concept in 1985, he has implemented over 200 debit card, door and parking access control, meal plan, food production, and point-of-sale systems at over 200 colleges, universities, hospitals and corporations.

1985 - Development of the "All-Campus Card" concept at Duke University.